We’re excited to announce that Heather McKinnon, aka MrsLuclin, has joined our team as our Marketing Director and Executive Producer.

Heather’s been married to our Co-Founder and Art Director, Ethan McKinnon, for the past 21 years. They have two kids, Lil’ Ethan, who’s 20 and their youngest son Devin, who would have been 17 this year. Sadly, Devin passed away before his 2nd birthday from bronchial pneumonia. Heather and her family started a saying with their fans called ||FS|| Family Strong. This means no matter what you may be going through as long as you have the strength of your family and friends, you’ll get through it.

Heather has been in the gaming industry for the past ten years. She started as a YouTuber (MinecraftWB channel) with her husband and son. They were the first family to make Minecraft videos.

Since then, she’s worked on many projects including ArcadiaCon, the gaming convention based out of Ft Lauderdale, Florida in 2015. She was also one of the core event planners for YouCube Meetup, a convention created by YouTubers for the displaced Mineorama attendees in New York City in just four days.

Heather has worn many hats over the years, from being Director of Partnerships for an MCN to leading numerous community and social media teams.

For the past five years, she’s dedicated her heart and soul to building the streaming platform known as Beam/Mixer. She was one of the core team members that started the streaming service before Microsoft acquired it. Heather’s primary focus at Mixer was creating high-quality products for partners, staff, community members, events, and the online store. If you’ve ever attended one of Mixer’s networking events, you’ve probably heard of her. Heather coordinated all of Mixer’s networking and partner events. She was known as the “Mom or Swag Queen” of Mixer.

Her main goal at Insula will be to grow the community, managing & organizing the team’s projects, and even making some kickass products. Who knows, maybe we’ll have some fantastic events in the future with this amazing woman on board. We know Heather will be a great addition to our team, and we look forward to working with her. 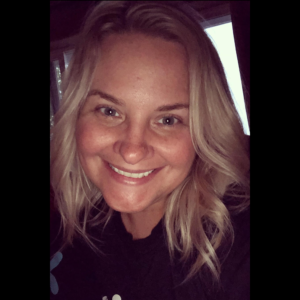 It has come to our attention that unknown individuals are reaching out to those within the industry posing as representatives for our company. Please treat these messages as spam/phishing emails. At this time we are not engaging in any email distributed contact. We are taking steps to prevent this and appreciate your understanding while we manage this situation. To reach our staff directly, please join our discord at "Discord.gg/PlayInsula".