It’s been a crazy ride of many updates.

First, we covered the new arena design model. If you didn’t see that blog, you can check it out here.

Second, we focused on the fully redesigned flight system and how the energy system and combat were overhauled to take full advantage of the new system. You can learn more here.

We’re finally able to share the last part of our updates. We’ve added humans and exosuits. Let's get started on those amazing additions.

After several test sessions, we saw that the match slowed down near the end when only a few players remained. This was due to the size of the map itself and the fact that we have forgone the whole circle mechanic in favor of more engaging player tracking systems.

Currently, the individual tracking mechanics are not in-game yet, and players were forced to rely solely on the global sat scan. This brought to light the issue players could be facing if they had chosen not to use any of the individual tracking abilities and had instead equipped themselves with more offensive or defensive ability options.

To account for this possibility and maintain a more consistent rate of action from start to finish, the satellite scan tracking has been updated so that the time player markers remain in view after a scan is now dependent on the number of players left in the match. As the match nears its end and fewer players remain, the scans will last longer to make tracking more reliable with fewer targets if one has chosen not to use the individual tracking abilities.

Players who have forgone the more offensive and defensive abilities in favor of tracking related skills will still have an edge up in this particular mechanic. That is what we are all about, though, the player's freedom to decide and equip themselves in a manner that best fits their playstyle.

While we do not want to set limits on match playtime, and we do not want to generically force players into specific areas with a circle mechanic, we do know that the match pace needs to stay consistent throughout. To that end, we have further added a timed bonus to incentivize and reward those who become actively engaged in the match.

When a new match starts, there will be a pool of bonus bounty credits slated to be split amongst the top placing players based on their final placing and performance. As the match goes on, however, this pool will slowly decrease in value. Drag the match out too long, and you'll be going home with just what you physically earned. Get out there and HUNT, and not only will your pockets be filled from the bounty you collected eliminating your opponents, but you'll also get a bonus reward for giving the viewers what they really want to see... ACTION, MAYHEM, and DESTRUCTION!

While everyone loves to see big robotic avatars slugging it out at the behest of their neurally connected pilots, a new craze has taken hold. Some mercenary groups and soldiers for hire have taken to the games and decided they want a piece of the pie as well!

As the neural link controls and highly sophisticated war machines being controlled are proprietary properties of a select few groups, they have opted to enter the match in a more... conventional manner.

That's right; these battle crazed veterans are strapping themselves into combat-ready mechanical exo-suits and charging in commando style! For the first time, in this little tale of ours, humans are physically entering the match. The stakes are extremely high as they do not have the advantage of, well... not being there. Add in the fact that the exo-suits aren't nearly as durable as the more massive war chassis the robotic avatars are built on, and you'd think these guys are nuts for even considering it.

Low and behold, however, they are fairing rather well! The smaller, lighter exo-suits have proven to be a good deal faster and more agile than the larger robotic avatars, allowing a skilled warrior to possibly out-maneuver the larger, more armored tanks that have been conventionally used in the matches. 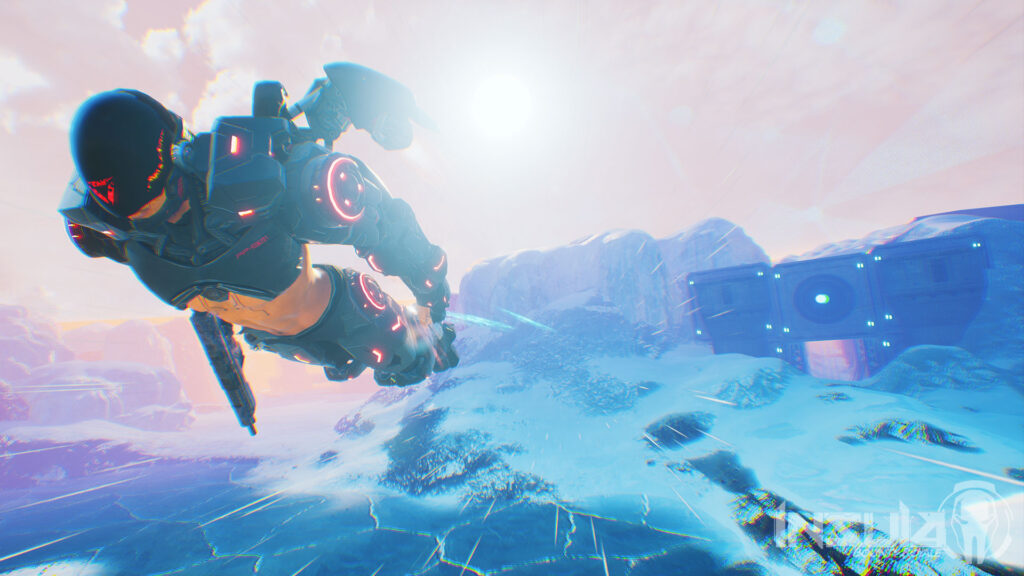 As part of their loadout before entering a match, players will now choose a companion drone to link up with. These drones are fully integrated into their robotic avatars and exo-suits and can be controlled as part of the unit. Each drone is designed with a specific function in mind and grants the player access to extra, corresponding abilities during the match. These abilities range from offensive and defensive to enhanced tracking and general utility. Again, our value on customization, it's your playstyle!

In a nutshell, Insula was fun, but we felt it wasn't fully living up to the vision we had in mind. We took the whole thing back to the drawing board and came up with some rather extensive changes to remedy this. Some systems got updated, others received more extensive overhauls, and some were flat out redesigned from the ground up. And we feel it was worth every bit of it! Our current tester group is reporting the fun factor has gone WAY up! Fights are more energetic and engaging; the new tactical options provided by the system revamp, make the outcome of any given engagement much less certain. Overall, the faster, more agile approach to combat just feels good!

Insula is starting to truly fill the vision we had for it, and we can’t wait for you to try it! 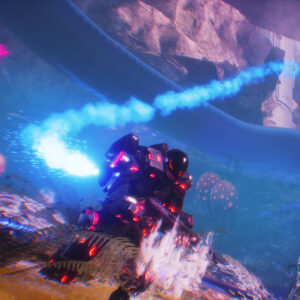